What is Freedom Day all about? 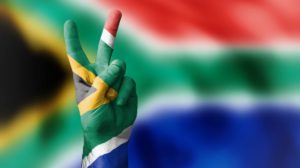 27 April commemorates the day in 1994 when the first democratic election was held in South Africa. Today, South Africa celebrates Freedom Day to mark the liberation of our country and its people from a long period of colonialism and White minority domination (apartheid).

Apartheid ‘officially’ began in South Africa in 1948, but colonialism and oppression of the African majority had plagued South Africa since 1652. After decades of resistance, a stalemate between the Liberation Movement and the Apartheid government was reached in 1988.

The ANC, South African Communist Party (SACP), Pan African Congress (PAC) and other organisations were later unbanned on 2 February 1990, and a non-racial constitution was eventually agreed upon and adopted in 1993. On 27 April 1994, the nation finally cast its vote in the first democratic election in the country. The ANC was then voted into power, and Nelson Mandela was inaugurated as the President of South Africa on 10 May.

It is important to note however, that “freedom” should mean emancipation from poverty, unemployment, racism, sexism and other forms of discrimination. We are 15 years into our new democracy and many of these issues are still rife in our country. We are still a long way away from solving many of the legacies of Apartheid and now face new challenges, like the growing inequality among South Africans and political and economic instability in the region caused by a new elite who are interested in pursuing their own interests.

Freedom Day therefore serves as a reminder to us that the guarantee of our freedom requires us to remain permanently vigilant against corruption and the erosion of the values of the Freedom Struggle and to build an active citizenry that will work towards wiping out the legacy of racism, inequality and the promotion of the rights embodied in our constitution.