Things To Do in KwaZulu Natal

A sub-tropical coastline littered with beaches that promise warm water and lush, green vegetation, inland battlefields in the hills and valleys of Zululand, the superb DrakensbergMountain range that dominates the undulating hills of the Midlands, the Elephant coast, Dolphin coast, and cities like Durban, are the fundamentals of the KwaZulu Natal province that lies in the east of the country, bordering Mozambique in the north and the Eastern Cape in the south. National parks, like the iSimangaliso Wetland Park, abound as do nature reserves, and places like Kosi Bay, St Lucia Estuary, Umhlanga, Oribi gorge and Hluhluwe roll off the tongue with ease. 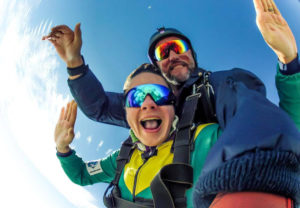 From either perspective the KwaZulu Natal coastline is magical but Skydiving Durban allows you to see the entirety of the magic in one mad leap. No experience is necessary for Tandem Skydives with the certified crew having thousands of hours of experience ‘as a bird’. Practice your James Bond accent for a mission recreation or bring your own yellow cat suit for special effects.

A 20 minute briefing will have you soaring scenically in a 20 minute plane ride climbing to the desired altitude. Instructors altitude dials will read 10 000 ft above ground level and your 35 second freefall to earth will activate exhilaration. Float under a canopy of adrenalin that the instructors will allow you to steer for a short duration of the 6 minute decent.

Take-in the magnitude of Natal that expands below your dangling feet. Approach the drop-zone on a wild sensation of scenery and speed. Optional DVD and photo footage will replay the ultimate flight so you can re-live the thrill. Static-line and Accelerated Free-fall courses are also available. All equipment is provided. 5; 4; 3; 2; 1; JUMP! 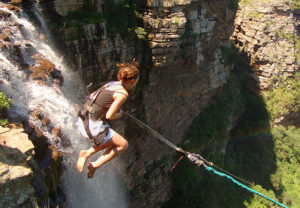 If you are looking for a thrilling adventure to get that adrenaline rush then be sure to visit the Wild 5 extreme adventure company.

Are you brave enough to step it up a notch and really get your heart racing? If so, then try out the Wild swing and free fall over the edge of Lehrs Falls, getting up to a speed of 120 kilometers per hour while soaring down into an arc a 100 meters long.

If the swing sounds too scary you may prefer to abseil down the gorge or slide across it at a height of 160 metres above the valley floor below.

If that doesn’t appeal, then you may enjoy white water rafting through the Umzimkhula River where you are bound to get a buzz.

With all these riveting activities to choose from, you will not be disappointed and are sure to have the time of your life. 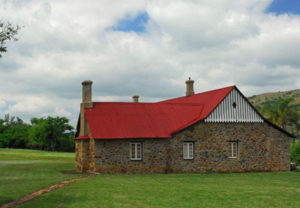 Listen at sunset to the famous story of Rorke’s Drift, where 139 British soldiers were attacked by 4,000 Zulu warriors, winning more Victoria Crosses than in any other battle in history, returning to the Lodge or Guest House in time for a drink around the fireplace.

Fugitives’ Drift has become world-renowned for its battlefield tours to all the Zulu War battle sites in the region, particularly the battles of Isandlwana and Rorke’s Drift. Flagship tours to Isandlwana and Rorke’s Drift are led by registered tour guides Rob Caskie, Joseph Ndima and George Irwin, who are superb storytellers and make the history of that day come alive. Our long family associations with the area and its people allow us to offer you some unique Zulu perspectives.

Learn of the bravery and mobility of the Zulu army that defeated the British Army at the Battle of Isandlwana and listen at sunset to the famous story of Rorke’s Drift, where 139 British soldiers were attacked by 4000 Zulu warriors; a British victory which saw the award of more Victoria Crosses than in any other battle in history. 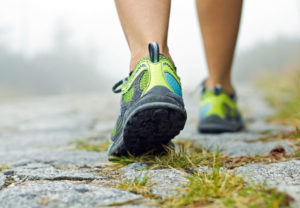 The Umlazi Nature Reserve lies between the town of Mtunzini and the sea, a strip of coastline that forms the northern section of the Siyaya Coastal Park that, in turn, stretches from the mouth of the Mlalazi River to the border with Amatikulu Nature Reserve.

Just outside the reserve, via a boardwalk that takes you through a swamp forest and is particularly beautiful, is the Raphia Palm Forest. Add this as an extra leg to any day’s hiking in the area for its scenery and the chance to catch sight of the palmnut vulture that nests high in the raphia palms.

Hiking in the Umlazi Nature Reserve takes the form of a couple of hikes. But it is the easiest and shortest hike, a mere 15 minutes, that is regarded as one of its best. For it takes one through one of the most outstanding examples of mangrove forest in the country, via John Dunn’s Pool.

The Siyaya Coastal Dune Forest Trail is circular and begins in the south beach parking area, following the coastal forest next to the Siyaya stream. You may catch a glimpse of various buck.

The Mlalazi River mouth trail starts on the footpath that links north beach to the parking area and wends its way along 8 km of winding river trail right to where it meets the ocean at Port Durnford. 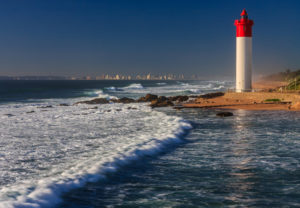 The place of light in the ‘Place of Reeds’ (Zulu translation of the word Umhlanga) shines from the white lighthouse with a topside red stripe. Beached facing the sunrise it acts on the red sky that may serve as a sailors’ warning and shines a bright welcome to the bustling port of Durban, much to sailors’ delight. The familiar sight from portholes passing by is also the familiar subject of postcards of passers-by.

The Umhlanga Lighthouse is fully automated though its form is hand captured by local artists whose works are sold to foreigners chartering international waters with framed fragile portraits of this sturdy structure. Mistress of memorabilia and master of light since 1954, this 21m high circular concrete tower has a light range of 24 sea miles at a focal plane height of 25 meters above high sea level. It has never been attended by a lighthouse keeper with the official warden residing at the adjacent original beach cottage of the area, now the Oyster Beach Hotel.

Portnet Lighthouse Service receives status reports of this nautical guardian from the control office located at the hotel. This sea-side holiday destination offers warm swimming waters for sun worshippers and the occasional Indian Ocean lashing by King Neptune for seafarers. Treacherous waters carry danger in the South Eastern coast currents that flow alongside the KwaZulu Natal beach belt. The crumbling condition of the original Durban Bluff Lighthouse commissioned the construction of this maritime guardian with a light power of 600 000 CD, group flashing three every twenty seconds. The revolving electric light beacon operates off the mains supply with one diesel alternator back-up power supply. An additional red light feature fixed to the lighthouse acts as a secondary warning system to ships waiting in the outer anchorage of the busy Durban Harbour.

The position of an anchored ship awaiting its tug can be monitored by its visibility of this red light. Should the light come into the ship’s visual range this sighting will confirm that the ship’s anchor has dragged and that immediate action needs to be taken to avoid further drifting into the rocks that form part of Umhlanga’s apt full name Umhlanga-Rocks. Pack a picnic, share the sand between your toes with the sand beneath the glow. Have the kids compete to build a sandcastle replica of this coastal column while you hold sea-shells to your ear and listen to the sounds of sea. 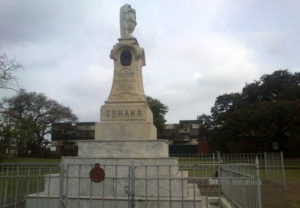 The Heritage Route celebrates one of the great Zulu chiefs. King Shaka Zulu is considered by many as the architect of the Zulu nation as he was responsible for joining scattered clans into the powerful unified force that dominated the land between the modern Swazi border and the Eastern Cape.

Place worth visiting are:
High Rock – where Shaka would sit to plan his military tactics.
Observation Rock – King Shaka would sit here to watch the movements of his army training on the plains below
Shakas Trees – these trees are found in the town of KwaDukuza and are almost 200 years old. The trees include the Indaba Tree where Shaka held council and the Assassination Tree where Shaka was reputedly killed in 1828. 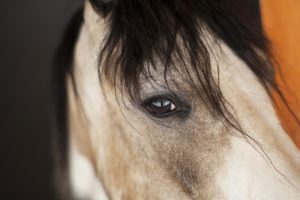 With years of experience in providing a world class experience, Hluhluwe Horse Safaris would like to take you on an adventure ride through the beautiful False Bay Nature Reserve, part of the Isimangaliso Wetland Park and a World Heritage Site. With horses to suit all ages and levels of experience the Horse Trails experience is one to be enjoyed by the whole family. Experience Nature up close and personal, enjoy the thrill of seeing Zebra, Impala, Kudu and Hippo without any disturbances.

Under the guidance of qualified guides you will be taken out into the False Bay Nature Reserve to experience the scenic beauty and tranquility of this world heritage site. As part of the Isimangaliso Wetland Park, False Bay Nature Reserve is an area of grand Landscapes and beautiful Natural Bush and Sand Forest. We look forward to sharing our special piece of Africa with you, from the comfort of our well trained horses.