These are how many travellers from Africa visited KwaZulu-Natal 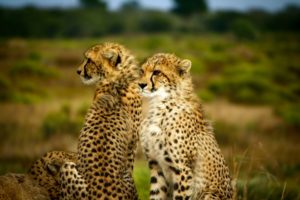 Looks like KwaZulu-Natal is fast becoming a must visit destination for travellers from Africa.

The latest statistics from South Africa Tourism confirm that an increasing number of tourists are already visiting KZN from across Africa-and that they represent the biggest portion of international arrivals to the province.
“In 2017, almost 60% of the international arrivals in KZN were from the African continent, which demonstrates the importance of this growing key market,” said Phindile Makwakwa, the Acting Chief Executive Officer of TKZN.
“For the past two weeks we’ve hosted “Spotlight on Africa” workshops in Lusaka, Zambia, Gaberone and Namibia to engage key trade partners through workshops to educate them more about the province, so to ultimately bring more numbers from these regions to KZN.
“Our aim is to get KZN in the all-important holiday brochures that the agents give to their clients.”
TKZN is currently hosting 34 tourism buyers from 17 countries across Africa who are already keen to sell KZN and other South African regions to their customers.
The hosted delegates, who form part of the Central, East and Land trade team, arrived in the province on Sunday and will be exploring the region’s hidden gem tourist attractions.
The SA Tourism research revealed that more than 7, 5-million tourists from across Africa visited the country in 2017, which represented 73,5 % of the total arrivals into South Africa. Between January and October, 2018, arrivals from Africa increased by 2.9% to 6.4million.
Arrivals into KZN from across Africa in 2017 were 485 775, up from 464 863 from the previous year.
Further research reveals that the top activities that international tourists enjoy in KZN are the beach, theme parks, adventure and wildlife followed by visiting natural attractions.
The visitors come from a range of countries and do not hold back when it comes to spending on their holidays and business trips when they get here.
When it came to the Africa arrivals who flew into KZN in 2017, the top four source countries are Nigeria (3 564 passengers), Tanzania (3 013), the DRC (2 582) and Kenya (1 968). These visitors stayed the longest and were among the top spenders.
While the number of visitors from Ghana (726) was low, the tourists stayed the longest and spent the most and thus this was a market with potential to grow, researchers felt. The Ugandan and Angolan markets had similar potential.
As for the tourists who arrived via land borders, Swaziland topped with list with 292 038 visitors, followed by Botswana (49 741), Lesotho (48 922), Zimbabwe (40 799) and Zambia (9 690).
The top big spenders were Botswana, Zambia, Zimbabwe, Malawi and Lesotho. And those who stayed the longest in the province hailed from Malawi, Lesotho, Zimbabwe, Swaziland and Mozambique.
From May 2-4, KZN will host to the Africa Travel Indaba, which is a meeting place for buyers where the gems of South Africa will be marketed and sold.
“These platforms have provided TKZN with an opportunity to position KZN as a top-of-mind ‘must visit’ destination. It’s a chance to educate agents about the province’s wide diverse tourism offerings as we drive the campaign to grow the number of tourists and get more people arriving at King Shaka International Airport,” Makwakwa said.