How to survive Load Shedding 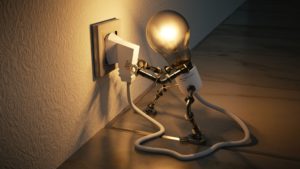 Call them what you will, they’re a reality and Eskom has warned they’re here to stay for most of 2015.

Load shedding is about Eskom balancing the power scales; it needs to be able to supply enough electricity to meet the country’s demands. When supply matches demand, everything is fine. But when the country needs more power than Eskom can generate, either because of an increase in demand or a drop in supply, then we’re in trouble.

If the country’s demand outstrips the amount of electricity that Eskom can supply, power stations start taking some serious strain and the system can be badly damaged. That, in turn, can lead to a national blackout – a truly worst case scenario.

LOAD SHEDDING STAGES AND WHAT THEY MEAN

Stage 1 is the least disruptive of the schedules. Your area is likely to be hit by 2.5-hour blackouts once every second day**, Monday to Saturday between 05:30 and 21:00. Load shedding won’t take place overnight or on Sundays.

**If you live in an Eskom-supplied area in Johannesburg, you’ll be in for a 4-hour cut once every 4 days.

Stage 2 involves double the amount of load shedding planned in Stage 1. Your area is likely to be hit by 2.5-hour blackouts once a day, Monday to Saturday between 05:30 and 21:00. Load shedding won’t take place overnight or on Sundays.

Stage 3: Eskom needs to shed up to 4000MW to keep the national grid stable.

Stage 3 involves double the amount of load shedding planned in Stage 2. Your area is likely to be hit by 2.5-hour blackouts up to three times a day. The load shedding will take place 24 hours per day and will also happen on Sundays.

Stage 4: Eskom needs to shed more than 4000MW to keep the national grid from collapsing.

Stage 4 is as bad as it gets in terms of load shedding. Eskom starts additional, unscheduled power cuts wherever it needs to and outside of its schedules. This means your area can be hit by blackouts at any time without any warning. The country hasn’t reached this stage since 2008.

Stage 4 load shedding is the final option for Eskom to prevent a national blackout.

BEYOND STAGE 4: WHY LOAD SHEDDING IS THE LESSER OF TWO EVILS

Power cuts are inconvenient and frustrating but compared to the worst case scenario that load shedding is designed to prevent, the rolling blackouts that we have to contend with are child’s play. If load shedding fails to protect the national power grid, South Africa runs the risk of a complete national blackout. Eskom says the chances of this actually happening are exceptionally remote, but they are there.

Plainly put, power cuts are a form of short-term pain that needs to be endured to prevent long-term disaster. The utility has been very careful so far to prevent the country from reaching this point of no return; load shedding is one of the tools being used to protect South Africa from a national blackout.

If the national power grid were to collapse it could take at least one week – and as many as three – to get it back up and running, meaning that South Africans could be without power for a prolonged period of time. Other countries are able to rely on help from neighbouring nations and tap into their electricity systems in an emergency, but South Africa doesn’t have that option because its neighbours aren’t strong power providers. We import very little of our electricity.

Eskom would have to restart its own power stations from scratch. This process is called a “black start” – when a power station can’t rely on an external electricity supply to get itself back up and running. Essentially it has to pull itself up by its own bootstraps. But one of the problems is that not all power stations in South Africa are equipped for a black start.

In some cases a small in-house generator at a power station (usually diesel-operated) can be used to start larger generators, which can in turn get the station’s main generators back online. Once one station is back up and running, it can help provide the jump start that others need. Gradually, these power stations can be linked to form an interconnected system. But this process would take time, lots of time, because each island of power created by a black start would need to be synchronized and reconnected. In the meantime, South Africa would be in the dark.

If a complete national blackout were to hit, it would have severe consequences. At the moment, when load shedding is implemented, facilities like hospitals, train networks and airports are spared; but in the worst case scenario Eskom would not have this option. Within hours or days, most UPS systems and backup generators would run out of juice.

Hospitals would close, trains would not run and airports would shut down. Police and fire stations would be unable to function properly. Banks would be unable to operate. Cell phone towers would run out of power within hours so even if you had a charged handset, it’s unlikely that you’d be able to make calls. After a while, some water reservoirs would start running dry because there would be no power to pump water into them. Sewage systems would be hit as well; fuel pipelines (and eventually your car’s tank) would run dry.

Sounds like an almost doomsday-like scenario, doesn’t it? That’s why Eskom is so dogged in implementing load shedding where necessary. So the next time you’re hit by a rolling blackout, it’s as well to remember that the alternative could be far, far worse.