Hluhluwe (Zulu pronunciation: [ɬuɬuw’e]) is a small town in northern KwaZulu-Natal, South Africa. It is situated between iSimangaliso Wetland Park and Hluhluwe–iMfolozi Park on the banks of the Hluhluwe River. Hluhluwe is situated on the elephant coast, an area known for its national parks, natural diversity and cultural heritage. Although relatively undeveloped the area is of growing interest to international tourists and travelers. The area hosted several local and international movie productions including I dreamed of Africa and Ghost Son as well as several documentaries that were filmed in the surrounding national parks. 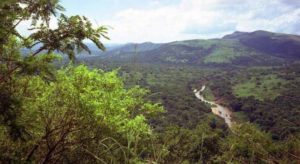 Timber, sugar and pineapples are intensively grown in the area, which produces over 90% of South Africa’s queen pineapples. Other agricultural crops are sugar-cane, sisal, cotton, tomatoes and chillies. Due to traditional settlement patterns and customs, activity is still low in some areas.

Hluhluwe is considered the hub of tourism in KwaZulu-Natal. The Hluhluwe area has an abundance of accommodation facilities, from budget accommodation to five-star game lodges. Hluhluwe town is a service centre to the surrounding area. The town is named after the thorny rope climber Dalbergia armata (umHluhluwe in Zulu), which is found among the forest vegetation types in Hluhluwe–iMfolozi Park. Up to 95% of South African pineapples are produced in this area. 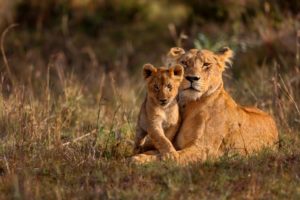 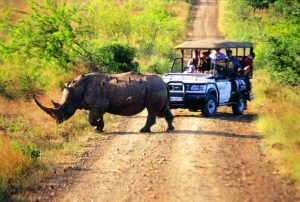 Hluhluwe annually hosts the RIS Hluhluwe Rhino Charge mountain bike race, part of the Big 5 mountain bike challenge, a returning event where hundreds of riders gather during race weekend to challenge one of the most diverse and in some parts technical terrain in the big 5 mountain bike series.

In 2013, after a few years of absence, Hluhluwe was the stage of the Bell 400, the national off-road motorcycle and quad bike race, it is currently unknown if the Bell 400 will return to Hluhluwe. 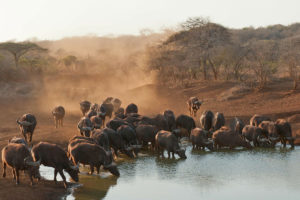